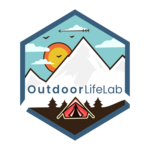 What is the Fine for Fishing without a License? Types of Fishing Licenses

What is the Fine for Fishing without a License? Saying ‘yayy. I’m going fishing’ sounds like a child’s play but the reality is different. Actually going fishing is not that simple and all potential fishermen must take that into account. We are saying this because you are required to possess a license to be able to catch the fish from your favourite part of the sea or any source of water.

We know you are intrigued to know what’s the fine for fishing without having a proper license and permission from authorities. In some states, it could be a major offence.

Fine for Fishing without a License

The fine for fishing without a license could be as low as $5 and goes up to $12,000. Also, know that different states have different levels of fines. Sometimes, this penalty is for every fish you catch. So isn’t better to pay a few hundred dollars to get the license made instead of sulking over a huge sum of fine?

Let’s see how four major states fine for fishing without a license.

If you reside in Pennsylvania and thinking catch fish without a license then read this. You will be charged $75 plus $20 for each fish you catch.

California charges a high amount so you gotta be careful! The fine falls anywhere between %485 and $1,000. So think a million times before you take such a heavy risk.

In Florida, you are supposed to pay $50 plus the license cost. If you have been catching fish illegally for the past three years then the fine increases. In that scenario, the $50 dollar amount mentioned above goes to $100.

Texas doesn’t spare you either if you are caught doing illegal fishing activities. The fine could range anywhere between $25 and $500. There are also quite a lot of chances of park rangers catching you. If that happens then you are obligated to pay $175.

So that’s all! We hope the answer to what is the fine for fishing without a license is clear. Stay tuned to our network to get more updates on similar topics.

How much money can you expect to pay if you are caught fishing without a license?

In most cases, if you are caught fishing without a license, you can expect to pay a fine. The amount of the fine will vary depending on the state in which you were fishing and the regulations that are in place in that state. Typically, the fines range from $50 to $500. In some cases, you may also be required to pay restitution for any fish that you have caught illegally.

Are there any exceptions to this rule?

Conclusion: A Summary of What Has Been Discussed in the Article.

In recent years, the study of the human brain has made great strides. Scientists have been able to map out different parts of the brain and their functions, and they continue to learn more about how the brain works. Despite this progress, there are still many things that scientists do not understand about the brain. One question that is still being debated is whether or not free will exists. This is a complex question with no easy answer, but in this article, we will explore some of the arguments for and against free will.

How To Pitch a Tent